I asked one of our wonderful Little Pink Retreat Family Moms to write a guest blog for the first week of retreats.  Her words sum up the week beautifully!

This is the motto of Little Pink Houses of Hope, and we — meaning all the participants and all the volunteers — did just that in an incredible, even life-changing week from May 15-21, 2011.

We were the very first week ever of Little Pink Houses of Hope (LPHOH). The pioneers, the guinea pigs, the mavericks. Yes, all of those. And we loved it. When Jeanine Patten-Coble asked me to be a guest contributor on her blog, I started thinking about what I might write . . . . but it’s hard to encapsulate a beach retreat week from LPHOH. In one sense, it’s one of those “you had to be there” things. However, I will definitely try.

I thought of words that described LPHOH, and I came up with a lot of R words — Rest, Relaxation, Rejuvenation, Reconnection, and Recreation. All of these were important to LPHOH’s inaugural beach retreat week at Kure Beach, NC. We got time every day to rest, if we so chose, between lunch and dinner (we had lunch and dinner with the other members of the group). We relaxed with our families and with other people in the same or a similar situation. These were women who had (now or previously) breast cancer — strong, beautiful women who weren’t at all defeated by the disease, but instead women who were fighting the disease and choosing LIFE every day, women who know what a gift every day is. Most of the women are in advanced stages of the disease, one has another cancer she is fighting after the breast cancer she had two years ago, and another has Inflammatory Breast Cancer like I do, the “short stick,” so to speak, of breast cancers. These were also the men behind — or rather beside — the women. Incredibly loyal men, being our rocks as we go through our experiences with this disease, always being there for us and knowing what we need: rallying when we need to be rallied, comforting when we need to be comforted. These were the five children who were there, children who were able to meet and become friends with other kids whose moms have cancer, to know they’re not alone, to put that aside for a week and play and have fun. And last, but certainly not least, these were the LPHOH volunteers who met our needs and also became our friends. Three of the volunteers, including Jeanine, are breast cancer survivors. The others were there simply because they felt called to be there, they want to do something, they wanted to minister to those of us with whatever form of breast cancer we have/had. 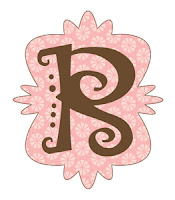 The participants were there essentially for the same reasons even if our roles were different. We wanted to Live Stronger, Laugh Longer, and Love Deeper . . . and we did. Aside from resting and relaxing, we rejuvenated just by being with others in a similar situation. We reconnected with our own families. And the recreation, oh the recreation! It was amazing. We played on the beach, we had family game nights after dinner, we went on a boat cruise, and we tried stand-up paddle-boarding or played at the park . . . among other things. One night was a Date Night for all of the couples, so we went to an amazing seafood restaurant in Carolina Beach, the dinners donated by that restaurant, Michael’s Seafood Restaurant. The kids — five of them that week ranging in age from seven to nine — were watched by some of our wonderful volunteers. The recreation — and the lunches and dinners together — were wonderful and helped us bond and give us amazing time together.

All of these R words — Rest, Relaxation, Rejuvenation, Reconnection, Recreation — helped to make LPHOH at Kure Beach a wonderful week for all of us. However, it’s another R word that solidified the week, that helped us make life-long friends, and that made us feel like family by the end of the week: RELATIONSHIP.

Relationship. It’s what we’re meant for, relationship with others. There’s something about being in a setting every day with people in the same or similar situations that make things easier. We talked about that, about how we had short-cuts with each other, about how nice it was to not have to explain everything to people, about how we could complain about the so-called little things, like losing hair, and have the other women understand. The men were able to speak to other husbands of women with cancer and bond over their shared experiences. We bonded quickly, became fast friends, and at the end of the week we called ourselves a Family. There’s just nothing else like it.

As Jeanine Patten-Coble said after our last dinner together:

A year and a half ago when I was laying in a bed in the middle of chemo feeling like crap, I had this dream of doing this [LPHOH], and I said, “if I can do this, it will help keep me alive.” I never realized how totally true that statement is. I’ve been so alive all week, and I will forever be indebted to every single one of you who are here this week. You have made this the most memorable week of my life.

I think all of us in that room would second Jeanine’s comments. During the LPHOH beach retreat week, I was ALIVE, I was CONNECTED, and I felt LOVED. I was in relationship with people who carry the same or similar burdens, but who love life as much as I do and are going to squeeze every last drop of joy out of it as they can. I will carry those people, those relationships, that week with me forever. All of the amazingly strong, beautiful women touched my heart and soul — A-M, who has a spirit like no other and won’t be defeated by her disease; C, who is raising two children with strength, courage, and love; M, who has a smile that lights up rooms and a kindness in her soul that you feel when you first meet her; R, my fellow Inflammatory Breast Cancer buddy who is strong, loves to quilt, and has a long-time love for her family and her husband of 32 years; and S, who is a truly happy person, who made fast friends with everyone there, and who also has a strong and bold spirit. All of the loyal, strong, wonderful men who stand beside us as we get sick, as we go through treatment, and as we try to LIVE with cancer (emphasis on the word LIVE) amazed me. B, who was full of jokes and laughs and has a heart of gold; D, whose joy shone the most when he talked about his children and how proud of them he is; R, stalwart husband and father, strong role model for his sons; T, whose laugh was always welcome, who lives and loves wholly and stands by his wife proudly; and last but not least, my husband, Absent Minded Professor (F), who is typically quietly supportive and who has taken fatherhood up a notch since I was first diagnosed. And the incredible, beautiful children — A and B, J and J, and N (Energy Boy), who were all given precious gifts, the gift of spending time with other kids whose moms have cancer, the gift of knowing they’re not alone, and the gifts of play, friendship, and fun. And the volunteers, Jeanine Patten-Coble, Founder of LPHOH and Melissa Brown, Program Director of LPHOH along with the other impressive volunteers A, K, J, and T, who not only attended to our needs, set up fun things for us to do, and made meals for us (among many other things), but also became friends and ultimately family.

Relationship. It’s what ultimately mad
e the week what it was — an amazing, unforgettable, and even life-changing week. A week in which I saw God’s grace in everyone there every day. We started out strangers, became friends, and ended up calling each other “family.” I believe we’ll stay as bonded in the future as we were during that week, that such a life-changing week will keep us together as friends, as family, for the rest of our lives.

Little Pink Houses of Hope — the houses may not be little and they may not be pink, but they are full of Hope. The week is one full of friendship, love, compassion, God’s grace, and something inexplicable to anyone outside of our new family. But it starts with the Relationships we built, the love we shared, the fun we all had . . . . together.