So if you do not already have it, Little Pink Fever is running rampant!  Check out how people are spreading the excitement about Little Pink Houses:

Eastern Eagles defeated Cummings and both groups of supporters helped in the “Show Me Your Text” campaign at the stadium.  I was totally inspired by all of the high school students that were texting.  When they were approached, it amazed me how quickly almost all of them connected by saying something about a family member who had cancer.  Our youth is growing up in a world where cancer is turning into their normal.  There is a sadness in that statement, but a hope in the way in which they rally behind wanting to do good in the world.  We had over 350 text votes in a matter of an hour and a half!  Great job fans!  If you are interested in hosting a “Show Me Your Text” campaign at your school football game or event, it is easy.  All we needed was a sign with the text code, a roll of raffle tickets, and a fishbowl.  Someone had donated a Wal-Mart gift card for the raffle.  Free text, free ticket, and a chance to win something.  Who would say no to that?  Give it a try! 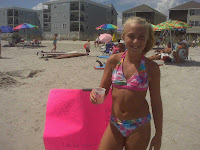 The Brown family went to the beach and took Little Pink Houses on the road with a Free Pink Lemonade stand to try to get votes! 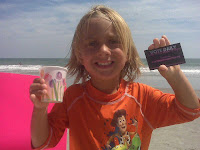 I probably do not even need to write anything else…just look at these wonderful ambassadors for LPHOH.  I know that I would not have been able to say No to either one of those adorable faces. I would imagine a lot of votes came from Garden City, South Carolina. Thanks to the Browns! 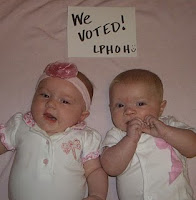 The Hurst family decided to use the two most adorable kids to help promote LPHOH.  I have long called my friend Melissa one of the best wordsmiths that I know.  She chooses her words carefully and writes a fabulous blog about being a new mom that is worth checking out and following:  http://mamemusings.blogspot.com/2010/09/little-pink-babies.html  Her kind words about my journey over the past year were very touching.  Again, how could anyone say no tho these adorable faces!  More adorable LPHOH pictures of these two are on her blog.   Check it out! 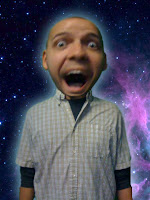 And Live, from New York, it’s Josh Patten!  My youngest brother declared this month “National Write about Your Sister Month”.  If you have never met Josh, he is an improv performer and coach in New York City and is incredibly funny and talented.  He took his talent with the pen to lend his support for Little Pink Houses of Hope this month. He is posting his writings on Twitter, Facebook, and Tumblr for all of his adoring fans.  Get ready to laugh when you read his writings at our family’s expense! You can find his daily writings at http://www.joshpatten.tumblr.com/  Great job Josh!

To everyone who is being creative with getting the vote or doing it the old-fashioned way- THANK YOU!  Send me an email of what you are doing- I would love to feature it on our blog or site.