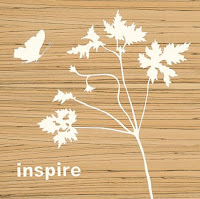 Voting started yesterday and what a crazy, fun, exhausting week!  There are so many people who have decided to be a part of Little Pink Houses of Hope and I feel incredibly lucky and blessed.  I have been touched this week by the many people that I do not know who have written to me about their experiences, struggles with cancer, and creative energy.  So many people have told me that they are proud of me or inspired by what we are doing.  But really, it is not just me.  It is all of us.  If you read the email from the woman who is dealing with her 4th recurrence of breast cancer, you would be inspired by her courage.  If you heard of the 10 year old boy who is conducting a meeting with his Boy Scout troop to promote LPHOH you would see what the heart of activism looks like.  If you had heard the news anchor talking to me about the other people that they interviewed you would realize the enormity of cancer on the lives of so many people.  If you had read all of the facebook posts from people who have never really been involved in something before, but are finding a voice in their community to help through LPHOH, you would know that good exists in the world.  If you had opened up the email from my brother, who has decided to make it “National Write about your Sister” month, you would understand how easy the past year has been for me because I have been given a family that has rallied behind me.  If you heard the conversation with my preacher about the God that is working vigorously through LPHOH, you would be hard pressed not to have hope.  The truth is, I have been blessed and inspired by all of you.